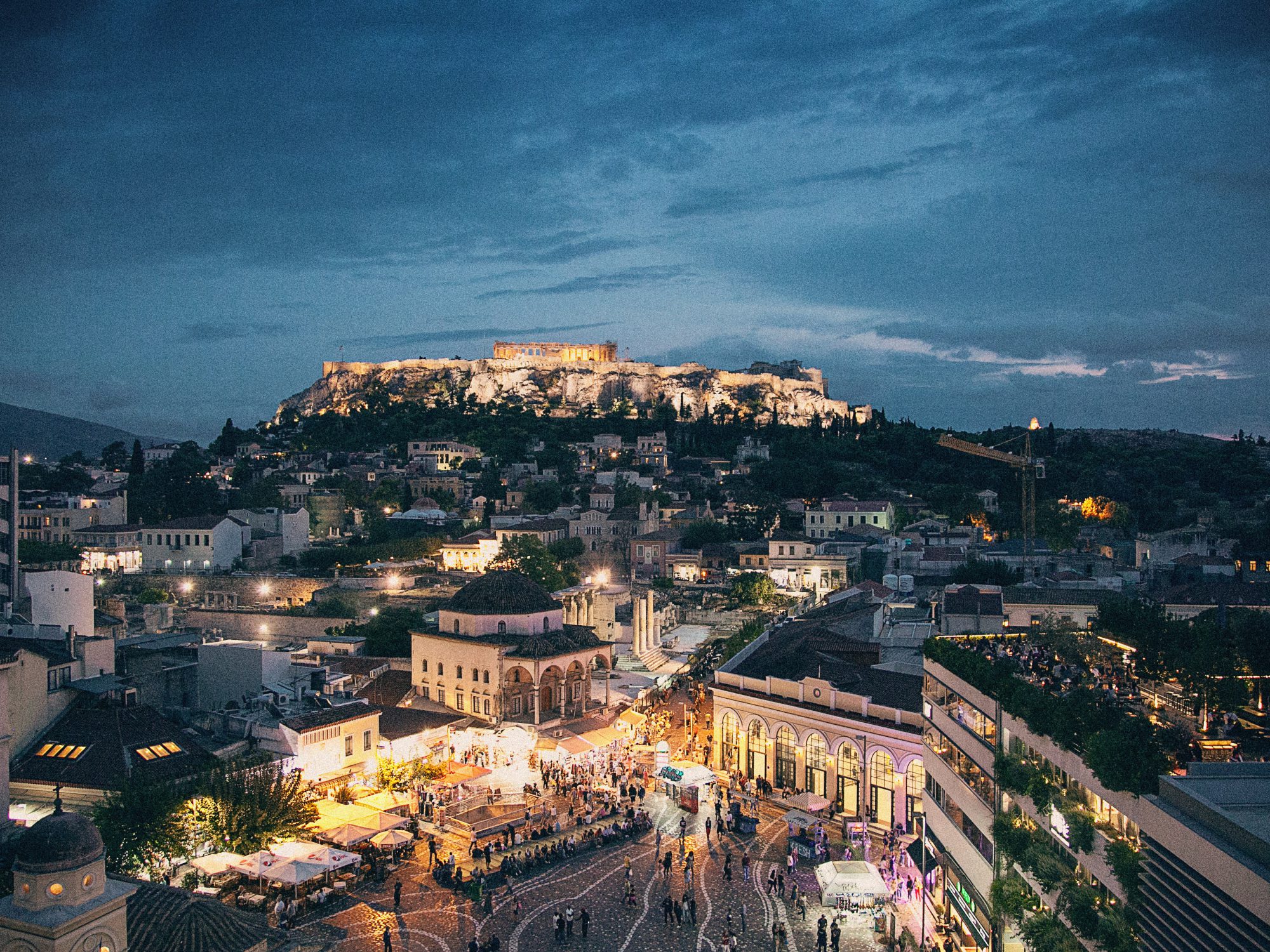 Brimming with life and history, Greece is one of the top travel spots in Europe. With hundreds of islands to hop around to and several historical sites to check out, Greece has a lot to offer for travelers. Here is a look at some of the best places to go to when you travel to Greece.

The Greek capital and the cradle of democracy, Athens is probably one of the best places to start your journey into Greece. With an abundance of interesting spots, one might be tempted to spend all their time in the city, but it would be a disservice to the rest of the country’s beauty spots. I would recommend taking two or three days to catch the sights. Take a look at the Greek architectural marvel that is the Parthenon and the Acropolis. Check out the National Archaeological Museum as well. Finally, a quick jaunt into the colorful neighborhoods of Plaka and Monostiraki, and a short stay in the hills of Kolonaki should round out your Athens visit.

15 miles out of Athens, Lake Vouliagmeni offers a breathtaking view. The lake was formed when an underwater spring let loose and caused the collapse of the massive cave roof. The lake waters are pristine and are said to have healing properties, so a quick dip should not be out of the question.

The second-biggest city in Greece, the sea-side city of Thessaloniki looks out over the Aegean Sea. Built in 351 BCE and named after Thessalonike of Macedon, half-sister of Alexander the Great, the city has a long and storied history and plays host to Macedonian, Roman, and Byzantine ruins. The city also boasts f religious significance to Christianity and has a fascinating Jewish history as well. Food lovers will also be delighted as Thessaloniki has a smorgasbord of great cafés and restaurants sure to satisfy your cravings.

If you want to hit the beach during your travels in Greece, then the island of Paros has got just what you need. With great beaches and good food, Paros is a more budget-friendly alternative to Mykonos. The town of Naoussa is a delight, especially if you love seafood, with its many seafood restaurants and is only a short distance away from beautiful, uncrowded beaches.

Another spot for when you want to hit the beaches but don’t care much for crowds, the stunning island of Milos is a local haven for when Greeks want to have a quick getaway. Like the famed island of Santorini, Milos is volcanic in origin. Volcanic activity in the far past has endowed Milos with some beautiful beaches including Sarakiniko, with its haunting white landscape.

Traveling is great, but sometimes you need a distraction while waiting for your next flight. Playing unblocked games are the perfect time-killer while you’re waiting to get to your next great adventure site, so download it now!